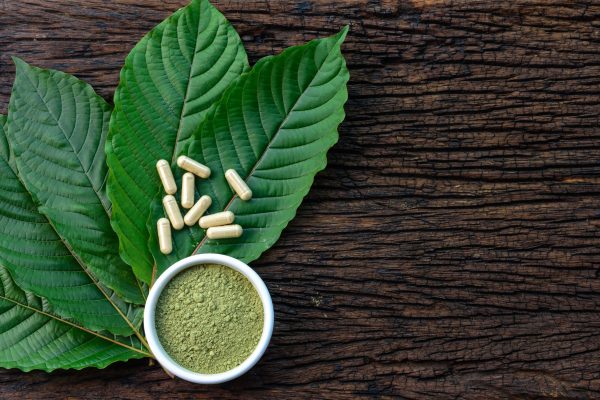 Kratom for Pain and Opiate Addiction

Kratom has become one of the most increasingly explored natural products in the world. It’s a lifestyle supplement, mood enhancer, and it’s becoming a more popular and safe option for pain management. There has been growing popularity of kratom for pain as a natural alternative to pharmaceutical medication, and this has subsequently drawn attention from those struggling with opiate addiction.

Some people credit Kratom for saving their lives because of its ability to get them off the destructive path of opioid addiction. Interestingly, its use in pain management is centuries old. In this blog, we’ll cover its use in traditional medicine, how it works with the brain, the reported best kratom for pain, the types of pain people report to use Kratom for, and how Kratom has been a tool in the fight against opioid addiction. At Kratom Bloom, we want you to be confident whenever you order Kratom online. We hope this information makes your Kratom buying experience a little easier and a lot more satisfying.

People native to Southeast Asia have been chewing the raw leaves of Mitragynia Speciosa for hundreds of years. Because chewing the leaves produces a bitter taste, Kratom was made into teas in early traditional use. The name kratom actually comes from the Thai name for it–krathom. People in Thailand, Indonesia, Philippines, Malaysia, Myanmar, and Papua New Guinea have used Kratom in traditional medicine for general wellness, pain, energy, depression, and anxiety.  Kratom is still robustly used in Southeast Asia, and it’s most common use today is by farm and field workers who use kratom for energy to power through long work days.

It may come as a surprise that Kratom can make people feel both energetic and relieved from pain. Even at the same time. Opiates, in contrast, are effective at pain relief, but make people tired and often fall asleep.. Kratom works in this nuanced way for two reasons: (1) how it works with the brain and (2) how people choose to use it. Let’s start with how it works with the brain.

Kratom on the Brain

Kratom affects the brain because, like coffee or poppy, Kratom is rich in alkaloids. Alkaloids are natural chemicals in plants that cause mind-altering effects. Caffeine and morphine are very different types of alkaloids. Kratom has approximately 40, but the two most therapeutically active ones are mitragynine and 7-hydroxymitragynine. These alkaloids interact with the brain’s mu opioid receptor which is responsible for the pleasurable feelings when a person uses opiates. Of the two, mitragynine is way more abundant in Kratom at a ratio of 5:1 at the low end of strains and 50:1 at the high end.

However, 7-hydroxymitragynine’s pain relieving effect is considerably higher than mitragynine. Even morphine. It is most abundant in fully mature Kratom plants, and generally red vein Kratom strains are the best Kratom for pain.

The Best Kratom for Pain

The best Kratom strains for pain that are high in 7-hydroxymitragynine include Red Bali Kratom, Red Maeng Da Kratom, and Red Borneo Kratom.

People who report using Kratom for pain management say that it relieves their pain in quite different ways. For many people, working through pain is a fact of life, especially those involved in manual labor like construction or landscaping. Many people who use Kratom to power through their work days will take Kratom two to three times a day. Generally, they say the effects last for four to five hours, which makes it easy for a little Kratom to go a long way. Many people who use Kratom for pain report that it works not so much by taking the pain away as much as giving them energy and a happier attitude to mentally deal with the pain.

The Best Kratom for Opiate Addiction and Withdrawals

For others, like those who have been or remain addicted to deadly opiates, they report a sedative and loopy effect, which helps them better deal with their pain and their addiction at the same time. In general, people report that high doses of Kratom are necessary to produce the opiate-like effect. Such high doses range from to four to six grams.

Types of Pain That Kratom is Reported to Help

The types of pain people report using Kratom for include arthritic pain, joint pain, muscle pain, menstrual cramps, and chronic pain. There is growing evidence that many people report using Kratom to deal with sports injuries. A very well known documentary, Leaf of Faith, about Kratom explores how ex-athletes are using Kratom to deal with pain and beat their deadly opiate addictions. Former WWE wrestler Chris Weisse is an outspoken supporter of Kratom and reveals in the documentary that he used Kratom to help him get off a variety of pharmaceutical drugs.

Kratom is becoming a go-to for people who deal with chronic pain, and it’s potentially saving thousands of lives. Kratom Bloom hopes this trend continues and we look forward to helping in any way we can. We are one of the most trusted, safe, and reliable vendors for Kratom online. You can buy Kratom bulk or in smaller quantities. We’re here to work with you. Buying should be easy, and we hope this information will help you choose the right Kratom from one of the world’s most trusted vendors: Kratom Bloom.

We stand by our products and guarantee 100% satisfaction or a money back guarantee. If you have any questions or issues, please reach out to us so that we can help!